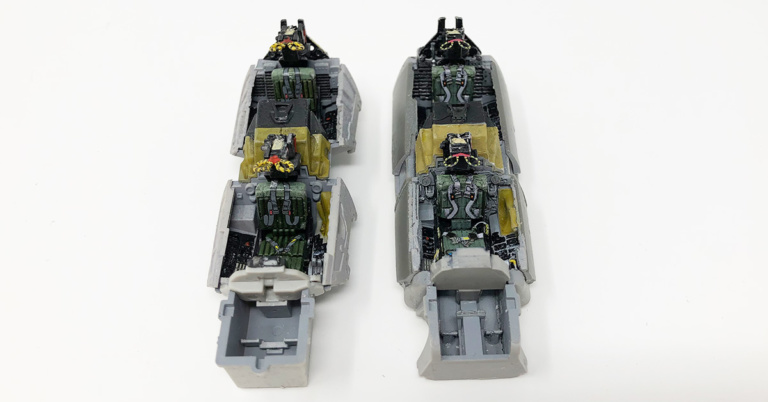 Finally I've got moving on my project. It's officially flying.

I've acquired a couple of reference books to help me out. One is excellent as expected the other one came as a bit of a let down. The first is "Grumman F-14 Tomcat: A Comprehensive Guide" by Andy Evans from SAM Publications. Their Modellers Datafile series is great. It's filled with the planes history, reference pictures in detail, descriptions of available kits in different scales (unfortunately the Tamiya kit in 1/48 hadn't been introduces when the book was printed), paint schemes and other useful information for a model builder.

The other book I bought was "F-14A Model: How to build Tamiya's F-14A Tomcat Model" by Glenn Hoover. Previously I had "How to build... - Airfix 1:24 Hawker Typhoon Mk.Ib" by Brett Green which is an excellent guide with the planes history, close up detail pictures of an original plane, a review of the box content and then a step by step building guide with colour pictures etc. Glenn Hover's "F-14A Model: How to build Tamiya's F-14A Tomcat Model" turned out to be a part by part building instruction in black and white, like a very detailed version of the building instruction included in the kit but in a slightly different order. Albeit with all the after market parts (almost the same as I bought). Nothing an experienced builder could not figure out by himself. So this was a bit disappointing.

Well, as I said I've got started kicking off with the cockpit. Now, I had bought Eduard's big after market detailing set SIN64831 which contains a complete resin and photo etch (PE) replacement for the kits cockpit parts. So I decided to build both the after market's and the kit's version of the cockpit as a comparison (and for the fun of it). I have to admit that the kit's version is very detailed and to most this would do just nicely. Some details as the ejection handles are a bit thick and also hard to paint in the right way but they look okay if you put some effort into it. Still Eduard's version gives that extra nudge to it. You can compare the results in the pictures. The kit's version is on the left and Eduard's version on the right. Admittedly some of the finer details on the Eduard's version will be invisible when the kit is done but still...

Now I'm going to stash this away for a while and do a few other kits in between as I don't want to hurry things.