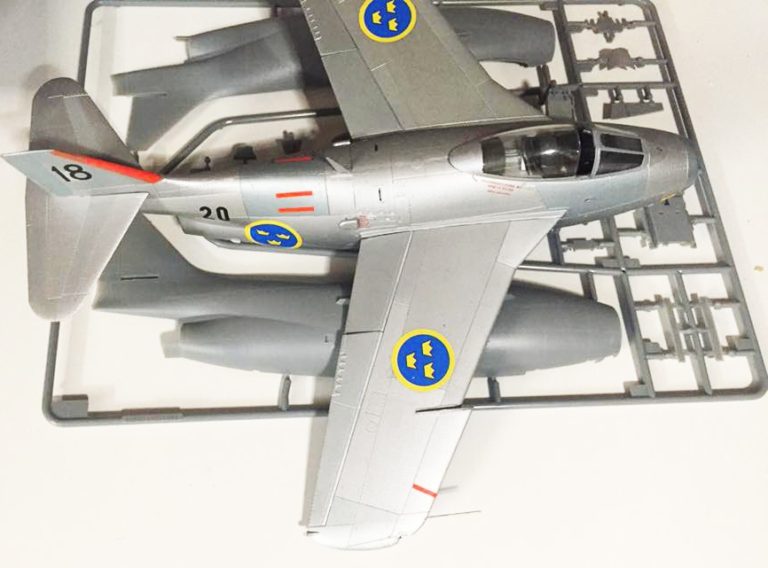 How good is the scale accuracy?

You buy a scale model kit and you pay attention to how well it's moulded, the detailing and how well the parts fit together. But do you ever measure the kit and check how accurate it is to scale? Well I usually don't.

Some time ago I built a Spitfire Mk XIX (Airfix). I thought I'd photograph it beside a Spitfire Mk XIV (Academy) that I a few years ago had converted to a Mk XIX. I then noticed that the Academy version stood 1/2 cm taller on it's landing gear than the Airfix kit. Half a cm is quite a great deal in scale 1:48, 24 cm in full scale. I started to scrutinize the kits and also noticed that the propeller blades were much broader on the Academy kit. It was also some mm longer but the wingspan was nearly half cm shorter. I have still not controlled them against real measurement so I don't know which one is more correct (just by looking Airfix feels more correct). Still it was impossible to have them both in the same picture, and even less in the same diorama, without noticing the differences.

Today took the prize though. I've just purchased a SAAB J29 Tunnan (HobbyBoss), I even opened the box before buying and made sure the moulds looked good and that the detailing was reasonable. When I laid it out on the board, just for fun, I brought out a SAAB J29 Tunnan (Pilot Replicas) that I built this winter to compare and, Whoha!, what a difference! The HobbyBoss kit was notably smaller. After doing some measurements and checking up data on the original air plane I could conclude that the HobbyBoss kit was 2,5 cm too short, the Pilot Replicas kit was spot on correct. 2.5 cm! Converted from scale 1:48 that's 1,2 meters! Shame!

Well the HobbyBoss kit will never be finished. I have to spend more money and buy a second kit from Pilot Replicas. One of the things I want to do is to set it up with a Mig-15 and a F-86 Sabre in a photo to compare them as all three were designed from the same German research. Before I do this though I have to measure the Mig and the Sabre kits and compare with data on the aircrafts. 😉

This might not matter too much to someone who only build one kit and put it on a shelf. But for someone who cares about facts or want to put several kits together, e.g. in a diorama, it matters a lot.

My only question after this is: Why does it not bother all kit manufacturers?

2 comments on “How good is the scale accuracy?”