I have seen the old James Bond picture "Never say never again" so I ought to know better. In my last post I happily exclaimed that I had received the last kit in the Battle Of Midway project. But I'm getting ahead of myself. First a progress update.

I have finished the Vindicator (read the review of the kit here). At the moment I'm in the midst of converting the B-17F to a B-17E. I tried to make the Bendix turret out of wood but I was not happy with the result. Then I found an article about doing exactly this conversion and this guy had used a Bendix turret from a B-25B kit! So return to Ebay and I managed to find a Doolitle-raid B-25B. They used B-25B's but without the belly turret. BUT on scalemates.com I could see that the kit was a conversion and that the turret was included! So soon I hope to receive my B-25B and plunder the turret and still be able to build a complete Doolittle bomber. 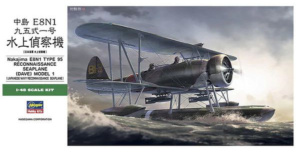 As I've written before I would stop at thirteen kits having covered all aircraft types of the battle except, as I thought. I knew that some of the cruisers carried Nakajima E8N "Dave" reconnaissance planes but thought I'd give them a miss. But then I read more about the battle and realized that one of them partook in the search patterns from the fleet (even if it didn't find anything). Ebay again. It's in the mail. Fifteen. 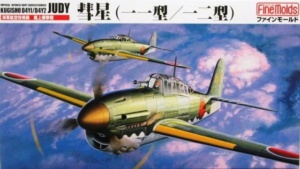 Then I kept reading and suddenly I realized that two early Yokosuka D4Y1-C "Judy" was aboard the Sōryū. The "Judy" was developed as a dive bomber but initial structural problems meant that the early model was used for reconnaissance instead. Two of these went to Midway. Not only that but one of them played a part in the battle! You know what's next. Ebay. Yes, a D4Y1/D4Y2 "Judy" kit is also in the mail. Sixteen.

Then I HAVE to stop.