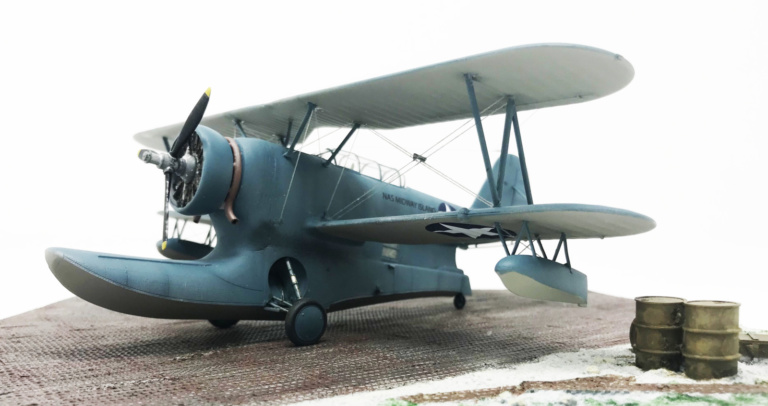 I'm now close to finally finishing this project. The Dave and the Duck mentioned in my last post is now done and the last kit, the SBD-3 Dauntless from Hasegawa have been a work in progress since some time. I'm also close to finishing my project pages on this site. I soon have to think about what project to do next. It has to be a smaller one than this. 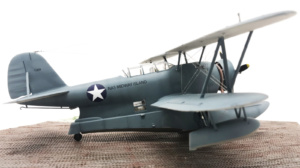 It became the Duck. Not satisfied with the original kit I got from Classic Airframes I bought one of Merit International. However the later was a J2F-5 which had another engine and the engine cowl differed greatly. So I decided to cut away the front part of the fuselage on the Merit kit and replace it with the front part from the Classic kit. This turned out to be harder than I had anticipated.  The Merit fuselage turned out to be much wider than the Classic was so a lot of filling, filing and sanding was required. Also getting the cowling and exhaust pipes in place looking reasonably good with the broader fuselage was a real challenge. Not having any reference pictures of the real plane we can only guess how it was marked. Getting som good advice from the net helped and I printed some text decals on my laser printer. Think it came out quite well at the end. 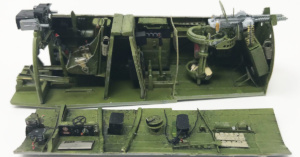 I've saved the SBD-3 Dauntless to the end. It was the plane that changed the game at Midway. After all failed attempts by the Avengers, Marauders, SBD-2 Dauntlesses and Devastators, without putting a scratch on the Japanese carriers, the SBD-3's came in and saved the day finally putting all four of the Japanese carriers on fire leading to their loss.  The kit from Hasegawa is really not that great from the start. Specially the perforated air brakes are not perforated. However the kit version I got included etched metal air brakes which makes the real difference. I also bought some extra etched metal parts detailing the cockpit. All this tiny metal parts has prolonged the building process but hopefully also enhanced the end result. We will see withing a few days.

This project has taken me over a year and a half to complete. The next one will be smaller, but what will it be? I have the kits to build one of each of the plane types involved in the shooting down of general Yamamoto. I lack markings for the P-38 though. Also I just finished the Midway and I'm not sure if I want to do another Pacific one again. On the other hand I also have Doolittle's B-25 in the stash so one could see them as prelude and aftermath of the Midway battle. Another project could be the Battle of Malta. Just a matter of how to limit it. I also have a slow really long time project, one that will probably never end, to build planes from the Swedish Air Force.  Well plenty of stuff to do.