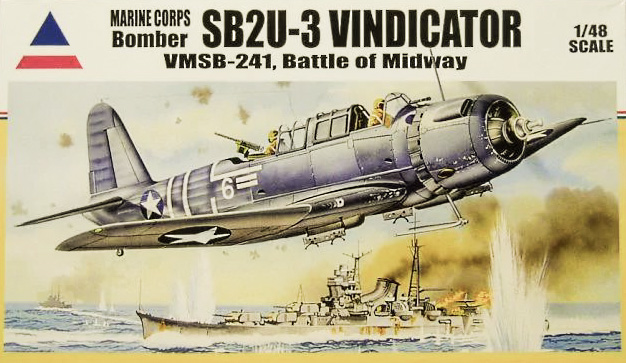 Today, finally, the last kit in the project arrived! The goal is now in sight. But first things first. 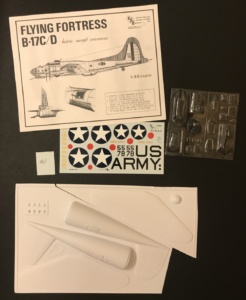 The conversion kit has arrived. As promised it contained parts to not only convert the B-17F to a B-17C or B-17D but also to a B-17E. To be honest that turned out to be just the nose dome. The rest of the conversion kit is just really needed for the C/D versions. This turned out to be one of the most expensive parts I've ever bought. I will still have  the parts to convert another kit to the C or D versions but then I will miss the shorter nose that I'm going to spend now. You can't always win.

Also, it is true that the B-17E had the new ball turret that's in the kit. And some of the newer Fortresses at Midway had it. But the older B-17E's at Midway, the ones with the more interesting paint schemes, had the Bendix flat turret with a sight cupola next behind it. This can clearly be seen in John Fords documentary from the battle. Now it would be tempting to just build one of the newer ones but what's the challenge in that? The Bendix turret is not in the conversion kit so it's scratch building time. My main concern is how to get the clear sight cupola. I've rummaged through my spare parts stash but no luck. This will need some consideration.

I think I have all the needed decals to do any of the Fortresses at Midway although a serial number containing a 7 will need some creativity but if I can do the Bendix turret this would be a small challange. 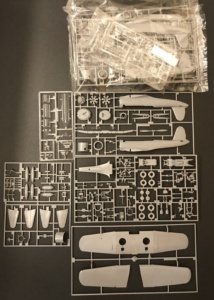 As mentioned above the final kit arrived today. It was the Vought SB2U-3 Vindicator. This won't be the final kit in my series, that will be the SBD-3 I've already started that as mentioned in my last post. But it was the last acquired. For a long time I was going to skip this (as well as the B-17) but after reading of Capt. Fleming who was the only one that was awarded the Medal Of Honour at Midway I changed my mind. To get the kit was another thing. There was a French Vindicator available at Hannants but how to be certain on all details? A Midway Vindicator from Midway was announced but not released.

I started to scout Ebay. Suddenly there was a reasonable priced Midway Vindicator available from South Korea. It clearly stated that the kit lacked decals and box art but as I have alternatives for the decals that was okay. I bought it. Today it arrived and to my surprise the 2 X in the item description really meant that it was two complete kits! Reasonable price indeed. But also there was no instructions. With a little help from different Facebook groups I got that sorted in less than 20 minutes.

Now the markings for Flemings plane, number 2 in Marine Scout Bombing Squadron 241. The instruction indicates that there is no pictures of Flemings plane so some guessing has been done. And sure enough when you search the net there is several paintings of the plane that all differs. What to trust? But yet again I scrutinized John Fords documentary from the battle and lo and behold! Suddenly there is a scene with Vindicator number 2 taking off in full view. Why has no one caught this before? Still here I had all the reference I needed, and it differed quite a deal from the paintings. These were more like the other Vindicators taking off in the same scene.