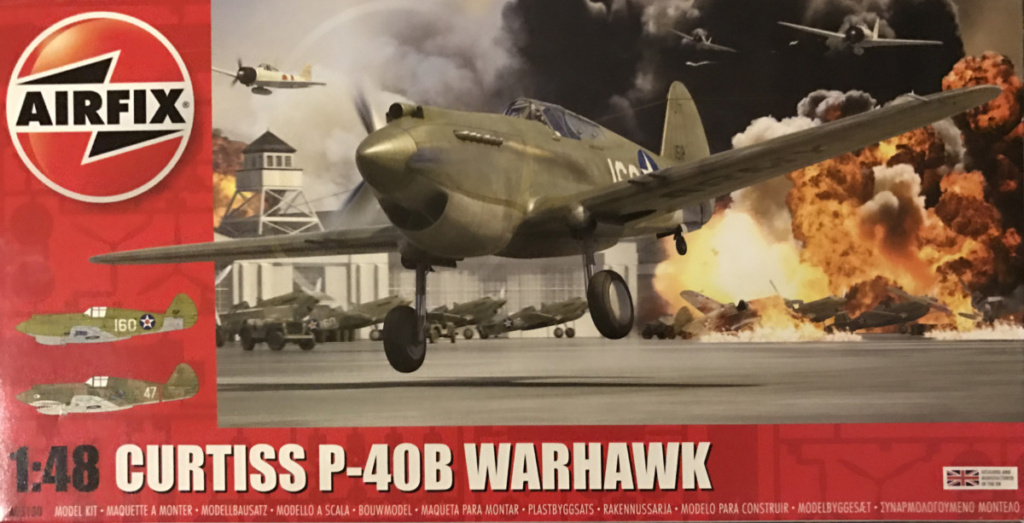 Released in 2016 the Curtiss P-40B Warhawk is a quite recent kit from Airfix so I was looking forward to this one. It has a similar standard to other recent kits from Airfix so it's quite good but it also has it's bad sides as I'll explain later on

As usual I could not restrain my self from buying a few after market extras to further enhance the kit, namely:

The box contains the kit, building instructions and decals for two individuals.

This is a standard Airfix kit. As with all new propeller driven aircraft from Airfix the propeller is mounted at the end making the paint job a lot easier. They have also made an effort to put the joints at natural places which is good. The fit is good in the larger parts but leaves a bit to wish for in some details.

The cockpit is built into a cage and looks OK even without the extras but as usual I opted to further enhance it with photo etched details.

Now here's a few details I think Airfix needs to address in their kit construction. Some manufacturers have started to mould the parts to the sprue so that you can cut and file the part towards non visible surfaces, i.e. on the edge you glue together. Airfix still moulds their parts straight to the sprue making the separation action very prone to disasters (well, maybe not disaster but at least annoying marks that has to be fixed). Specially sensible is the leading edge of wings. Room for improvement Airfix.

The parts fit reasonable even if the fuselage need some help when the glue dries. But some smaller parts disappoints. One that needed a lot of unnecessary work was the propeller. Firstly the propeller cap. The two parts left large gaps that needs filler (see picture). Then attaching it left a large gap to the fuselage. In the end I needed to file the front of the fuselage down and glue the propeller on. And still there was a gap as I didn't have the patience to do it properly (or was afraid to make things even worse. 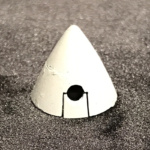 As you can read in some of my other reviews I use Vallejo's Model Air to paint my models. As I've found lately to get the right colours can be a challenge. Just to use the first colour reference chart you find does not suffice if you want to get it right. After some research and referencing I finally landed on the the following colours for the Pearl Harbour version in the kit:

The kit is OK but could have been better. One last note about Airfix kits is that they could tone down the panel lines. They are a bit coarse.

Here is the finished result:

The P-40B Warhawk is a reasonably good kit with a few (fixable) drawbacks. The two individuals you can build out of the kit is both well chosen, one from the attack on Pearl Harbour and one ofh the famous Flying Tigers in China.