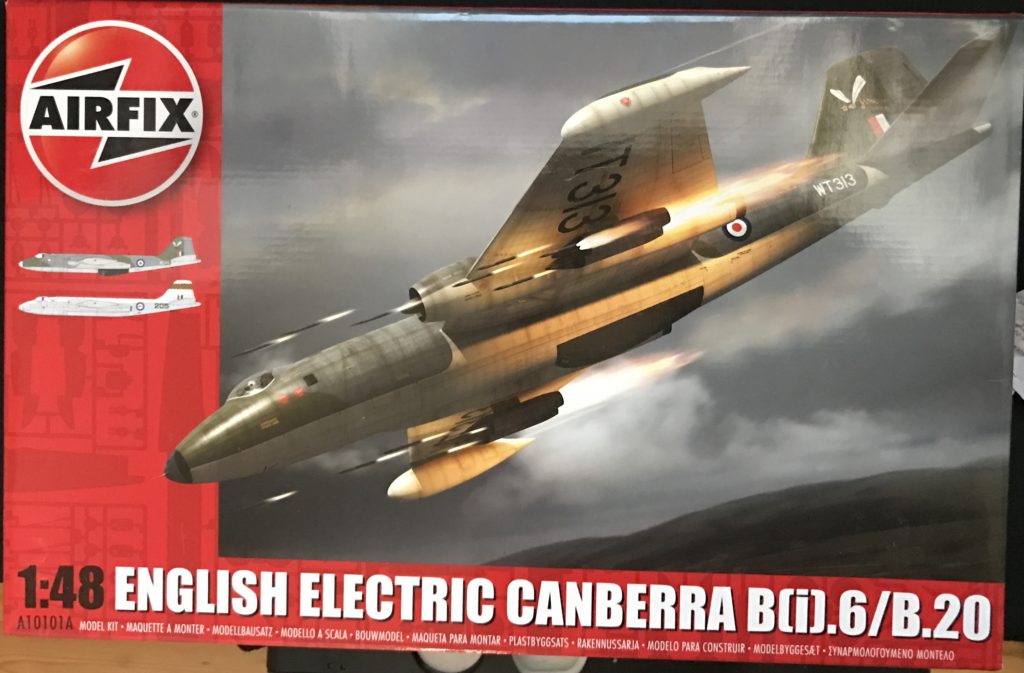 This kit is clearly a reboxing of an older release. There is tell tales as the panel lines and how the parts are attached to the sprues. This comes as a disappointment as Airfix later releases have held a good standard. This is however only kit of the Canberra in this scale available, so if you want one this is as good as it gets at the moment. To start with I want to make clear that what I've built here is a conversion with some separately bought parts, but most of the review is all about the base kit. The after market parts I've used are:

The end result is a Tp52 Canberra as used in the Swedish Air Force. They had two used for radio surveillance mainly over the Baltics.

Building the cockpit is a fairly easy business. There is no instrument decals that we've become accustomed to now days, just raised details on the panels. It's OK but you really want more when you build in scale 1/48. Also there is a crew of three supplied with the kit but they are exact copies of each other which becomes a bit silly. A recently designed kit would feature figures in different postures.

The most of the inside of the cockpit is barley visible when the kit is done as usually with one exception in this case and that is the pilot seat. That's why I used some extra detailing on the ejection seat for the pilot. I illustrate why with this picture: 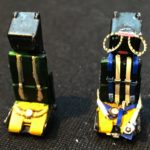 When building the Swedish version with the conversion kit for the nose then this is the big challenge. The available nose from Maestro Models is really for Classic Airframes Canberra model so it's not a perfect fit and needs some serious fitting and sanding.

When it comes to fit then this kit has some issues. All the main parts as wings and fuselage fits quite nicely but things like the jet engine nozzles, cockpit door and side window leaves some things to wish for.

Lastly the parts are quite sturdy and one of the things that tells that this mould is a bit old school, the panel lines, are deep and very visible. One regret I have after finishing the kit is that I didn't fill the panel lines and remade them as they quite disturb the finished look.

Well it's still a quite reasonable kit and with the only thing I think is new in this kit, the decals, they look great. But as stated I didn't use the this time. After some work here is the finished model:

This is a dated kit, no mistake, but it's the only available in this scale today. If you want to do the Canberra then go for it but be prepared to do some extra work if you want to get it looking great. Specially when it comes to filling the panel lines.