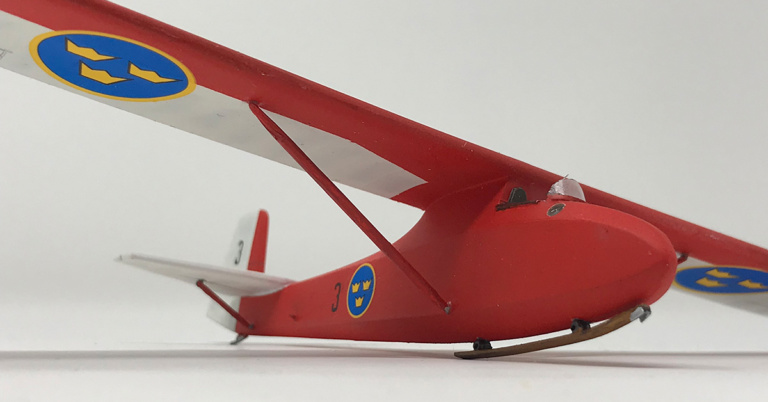 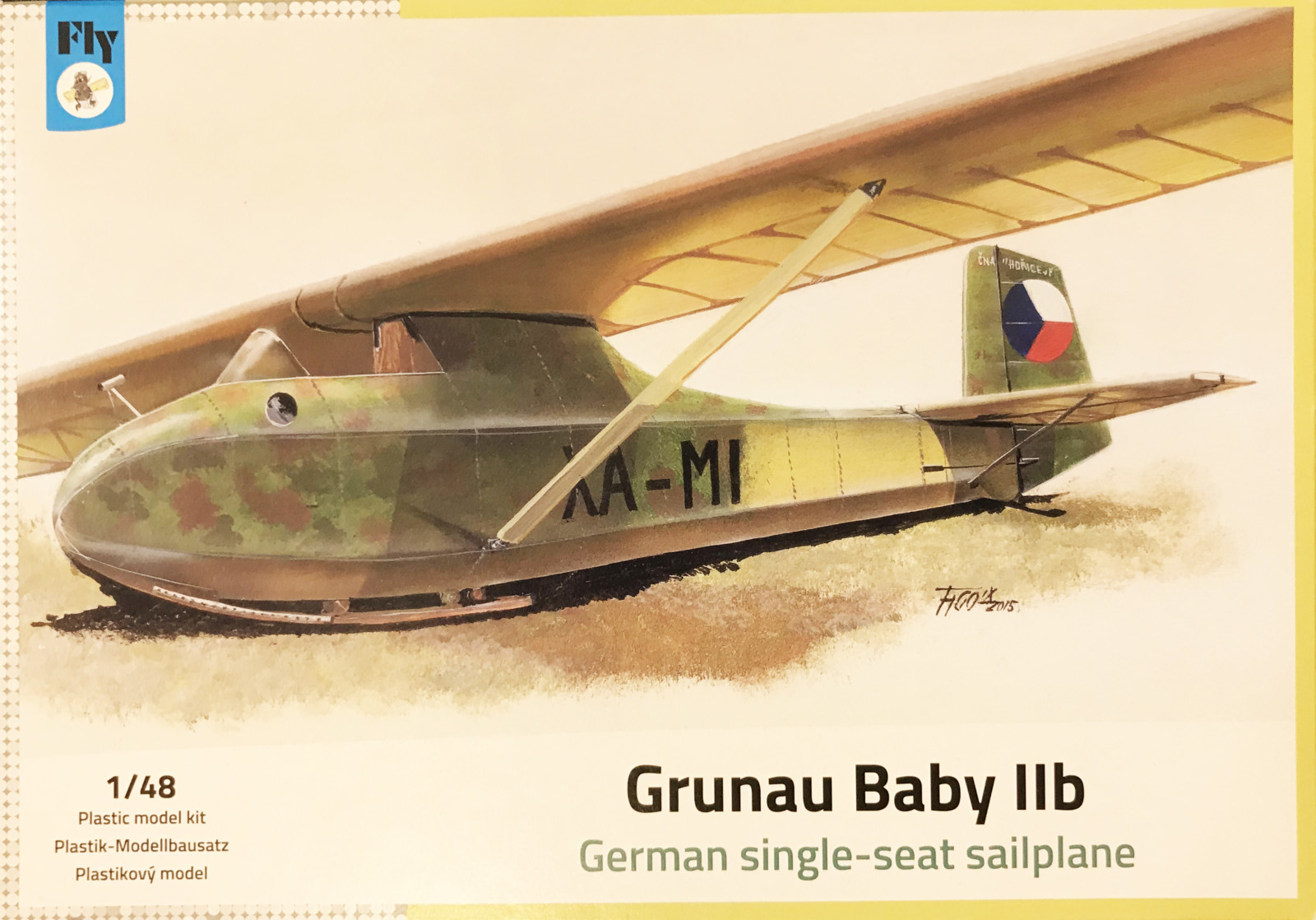 This kit was a pleasant surprise. I bought it together with some other stuff because it was cheap and a bit odd. To open the box and find a well moulded kit with PE-parts was not expected. It's naturally a small kit with few parts but still more than you'd expect. The parts are well thought through. For example the main wing is one piece (in stead of the usual upper and lower part) which avoids the very irritating joint gaps. In stead there is other things like a separate landing ski etc.

The decal sheet has (in my version) decals for one marking:

This kit has however been released several times with decals for 2 Czechoslovakian, 2 French, 3 German, Brazilian and Polish individuals.

This can be considered a quick build due to it's size an the absence of an engine and landing gears. Still it's an enjoyable build. We start off with the cockpit. A seat, a stick, foot pedals  and a small instrument board. But Fly has even though supplied us with PE-parts for seat belts and two different versions of the instrument board. The result is quite gratifying even if the cockpit is about on cubic centimetre. Closing the fuselage around the cockpit is about the only challenge in this kit. Some clamps is needed to avoid unnecessary gaps in the joints.

Mounting the wing and tail is quite easy. But you have to take care as there are virtually no guiding parts so you have to keep a keen eye on the alignments. It's a good idea to wait with the struts and details until after the painting.

I primed the kit with a white primer this time and carefully pre shaded the cloth parts of the wings and tail with a light grey colour. Then it was time for the colours of the Swedish Air Force variant. The scheme is a simple two colour one so I used the following colours from Vallejo’s Model Air series:

There are some minute details on the PE fret and no one would blame you if you'd give them a slip. I didn't however as I have some really good magnifying glasses and still quite steadfast hands. I only lost a couple of them on the desk. They are so small so if you drop them they're lost.

The only real pain in this kit was the wind-shield. Even if it comes on a flexible clear bit of plastic it's stiff enough to be almost impossible to shape right as it is so small. They have printed four of them (two pairs in slightly different shapes). I had ruined three of the before a succeeded with the last one.

This is a fun kit to build, not only because it's an unusual subject but also because it's well made. The amount of detail on such a small kit is fantastic.

Finely moulded parts and a high level of detail.

The wind-shield is a challenge.