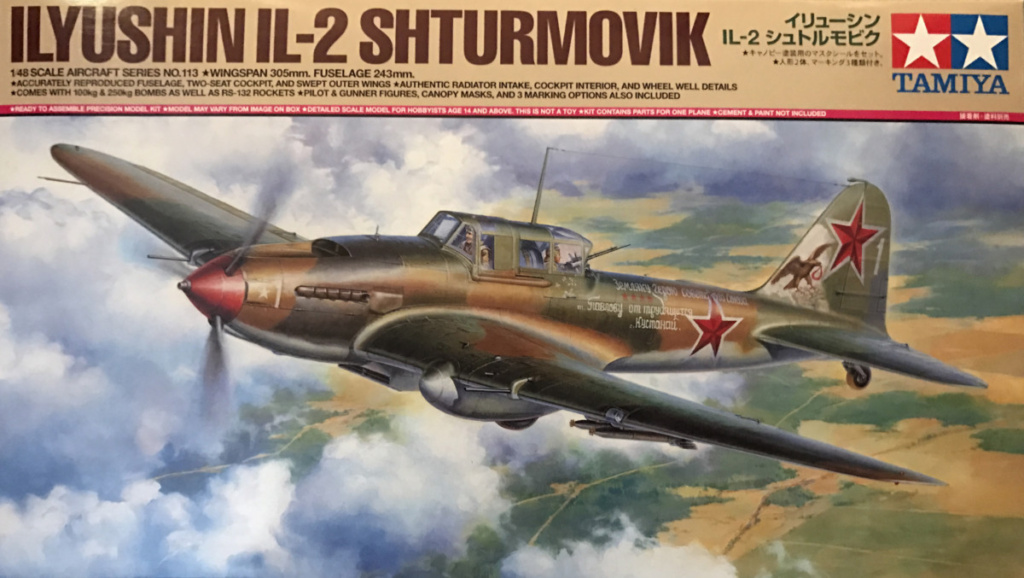 The Sturmovik being the most widely produced aircraft in the world (36,183 units of the Il-2 produced during the war, and in combination with its successor, the Ilyushin Il-10, a total of 42,330) it is remarkable that there isn't more kits of it available. I've seen a few from Italeri and Academy but now here comes Tamiya's contribution. And what a contribution it is! I must say I thoroughly enjoyed building this well constructed kit.

As usual I could not restrain my self from buying a few after market extras to further enhance the kit, namely:

The box contains the kit, building instructions, a sheet with the Sturmovik's history, decals for three individuals and paint mask. The included paint mask however is just printed and not pre cut why I made the choice to buy the after market ones.

As I opened this review with this is a good kit. The parts fit extraordinary well and they have put some thought into the construction. Most parts have guiding pins or edges that makes them easy to put exactly right and they only fit the right way (so you don't inadvertently to put them backwards). The cockpit is assembled separately in two parts and then inserted into the fuselage after you glue the two fuselage halves together.

The wings are fitted from the underside as is quite common but they have really made sure that the joints follow the natural joints on the real aircraft so the after work on the joints will be minimal. Overall the work on the joints on this kit is minimal. I've seldom seen such a well fitting fuselage. Only a few strokes of a fine nail file and polish and it had disappeared.

Choosing the right colours often a challenge if you're not using the colour brand given in the instructions. And not even then it might not look right. In this case it was even more challenging as colour pictures of the real Sturmovik is scarce. After using several colour reference charts and test painting I finally settled for these Vallejo Model Air paints for the four colours scheme:

One of the few not so good things about this kit was the fact that you had to fit the main struts of the landing gear and the main guns before painting. These are quite weak and easy to damage while handling the kit. 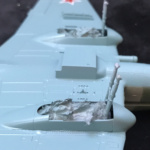 Once you've fitted the supporting struts to the landing gear they're very sturdy but they would make it very hard to mask the landing gear compartment. Both guns broke of in my case and had to be retro fitted. If you're using the larger bombs that should be used to two of the versions it's very hard to figure out how they are supposed to fit. There is no really good pins and holes and not really any good surfaces so glue together. I had to resort to CA-glue to get them in place.

The Ilyushin IL-2 Sturmovik is interesting as it's an undervalued aircraft and this is a worthy kit. Tamiya really succeeded to construct an enjoyable kit. The parts fit very well, are well detailed and just slips together. The instruction are clear and also contain some good tips on the way.