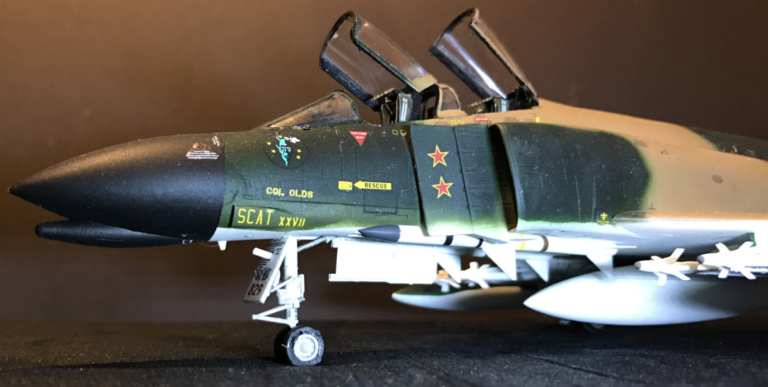 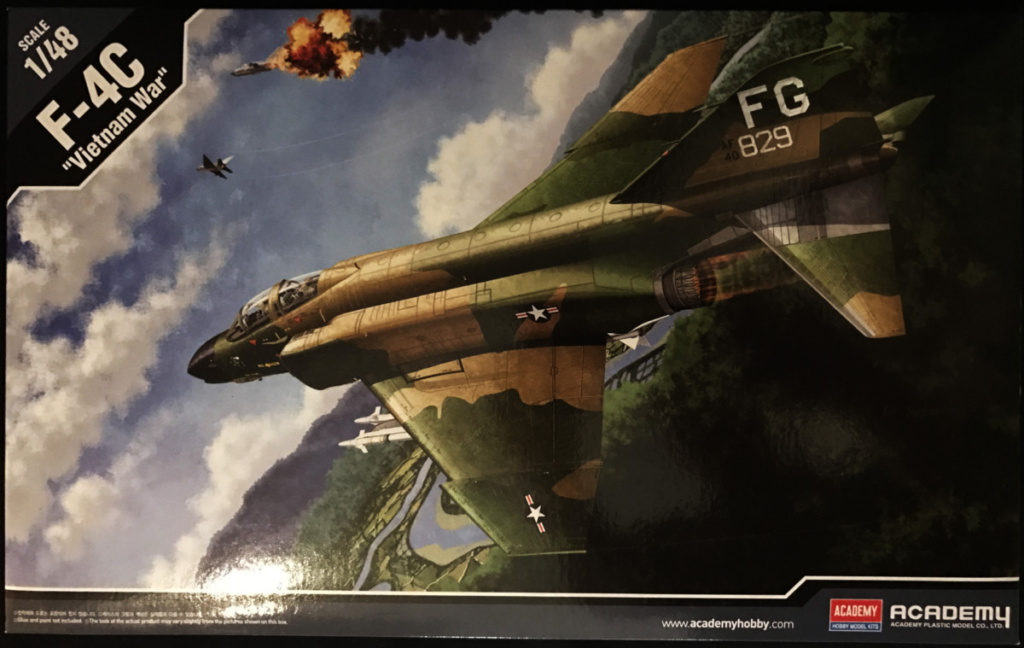 To start with this Phantom kit has one of the most annoying properties I know about plastic models. Different coloured sprues. Why? Why should I want a kit with parts in different colours? In this case they come in white, black and grey. It's not as if I won't paint each and every part anyway.

After getting over this annoying quality I have to admit that it's a rather good kit. Still I ordered some after market sets of cockpit detailing:

The cockpit is nicely detailed even without the after market sets but as in many cases it lacks seat belts so if you want to go into such details you either have to do some yourself or do as me and order some separately. The cockpit bay consists of several parts with side panels and if your good with a brush and paint you will get a good result out of the box. Here though I've cheated with some prepainted etched detailing.

The fuselage main part is made in one part, the top half. This is very good as this puts most of the joints in more natural places than right over the top of the fuselage as is most common. This means that there is less filling and sanding that needs to be done. The air intakes are done first and you can see all the way into the intake fans on the imaginary engines. The problem comes when you fit the fuselage together, then it's hard to get the air intakes to fit well and some care has to be made to fit them right. Also there is a bottom plate that is very hard to fit, specially as it's totally flat.

In the other end the engine exhausts are delicately moulded and really only needs some good paint to look good. I used Vallejo's Metal Color 71.713 Jet Exhaust with a good result.

Now here's another issue I have with this kit. It's assumed that you want the air brakes extended under the wings (and a couple of other hatches too). The brakes are seldom extended on a stationary plane so an easy option to have them closed would be natural. But no. Fitting the brakes in closed position is hard. The best method I found was to delicately put them in position and then brush the joints with Tamiya's Extra Thin Cement. 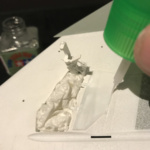 Another thing is that you need to mount the main landing gears before you glue the wings together which is annoying when you want to paint the kit. It's always easier to paint without protruding parts that easily brakes.

The decals are for flying ace Col. Robin Olds who reformed the fighting strategy over Vietnam and managed to put a large dent in North Vietnam's air force. He flew P-38 Lightning and P-51 Mustang already during WWII. Thus Scat XXVII after flying 26 other Scat's previously. About the decals: There is a shitload of them. 200+. I've never seen so many "Caution" and "Warning". This time I took me time to place them all (well save 5-10). 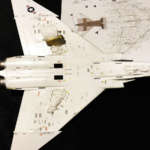 The colour references was quite tricky though. As I'm using Vallejo's Model Air colours using a conversion table on the colours specified in the instructions would have been a disaster as I would have ended up with two green shades all to close to make a difference. After I've studied some reference pictures my choice fell on Vallejo's Model Air 71.007 Olive Green for the darker shade of green and it came out quite good.

I was quite pleased with the end result though. Deem for your self here:

Despite some minor issues, a few that someone else might consider features, this kit is good. It mostly fits well, the panel lines are well depicted and not exaggerated and the end result is a good representation of the Phantom.