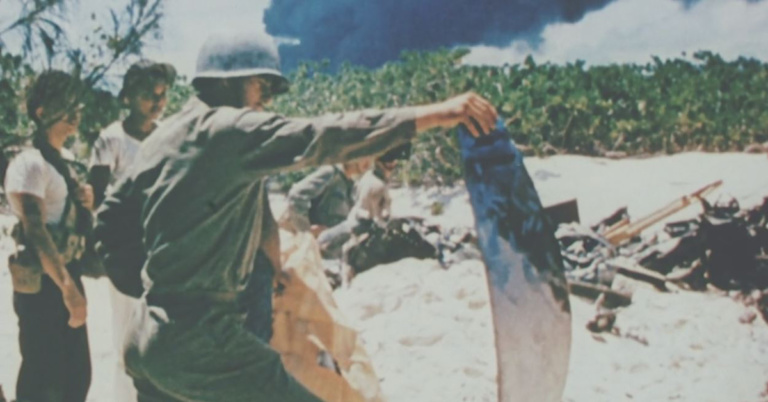 For the second time, the first being the Battle of the Coral Sea, an entire battle had been decided by aerial combat. The might of the carriers had been thoroughly established. It was the turning point of the Pacific War, from now on the war started to turn against the Japanese. It was impossible to compensate the loss of four main carriers.

The defending Americans had a though time against the mighty Japanese Navy and many pilots lost their lives on June 4. As always an amount of luck was to decide the victory. The Dauntless's arrived, after straying around in search for the Japanese carriers, just at the right time and could therefore tip the balance after all failed torpedo attacks.

The Catalinas continued to patrol the sea north west of Midway for many days in search of the Japanese but also to pick up survivors from the battle. Still many just disappeared in the vast ocean.

The battle saw the retirement and introduction of some aircraft types. The fateful Devastators was never used as carrier based torpedo planes after the battle, having lost 35 of 41 planes. No single Devestator survives to this day but some wrecks at the bottom of the sea is known. The E8N 'Dave' was already being shifted out before Midway and replaced by the E13A 'Jake' and F1M 'Pete'. Midway was their last action.

The B26 Marauders was being shipped out to the Pacific. Diverted to Midway just before the battle it saw action for one of the first times. Using it as a torpedo plane was an odd choice (there were also some Marauders equipped with torpedoes at the Alutians at the same time). Later it became a successful midrange bomber, primarily in the European theatre. The Avengers was used for the first time at Midway. The only surviving plane was sent back to Hawaii for a thorough analysis. It soon replaced the devastators as the main torpedo carrier plane in the U.S. Navy. The D4Y 'Judy' also saw their first action at Midway, not as a dive bomber for what it was designed but as a scout plane. It later replaced the D3A as dive bomber in the Japanese Navy. It was also used as a night fighter and as kamikaze planes.

Doing this project have been stimulating. I've developed my modelling skills in the process but primarily I've learned a lot of interesting history. I have a smaller project in the pipe which could bee seen as an aftermath of this project, namely the killing of admiral Yamamoto at Bougainville. But I think I'll give the Pacific a rest for now.