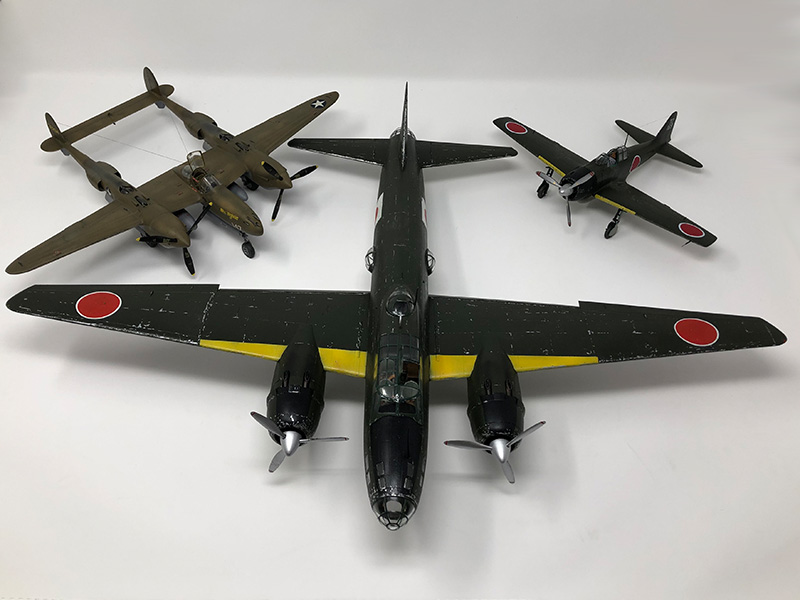 But Admiral Isoroku Yamamoto still considered the American carriers as a threat to the Japanese continued expansion. Specially since Lt. Col. James "Jimmy" Doolittle's raid on the Japanese mainland in April 1942 performed by B-25B Mitchell bombers launched from the carrier USS Hornet (CV-8) So he attacked the Midway islands and the Aleutian islands. This did not end well at Midway where the Japanese lost four main carriers.

Admiral Yamamoto was now considered a main threat by the Americans who still also wanted revenge for the Pearl Harbour attack planned by the admiral. As the Americans had broken the Japanese encryption codes they could read the communication. On April 14 1943 the intercepted a message, NTF131755, addressed to the commanders of Base Unit No. 1, the 11th Air Flotilla, and the 26th Air Flotilla. This message contained the time and locations of Admiral Yamamoto's itinerary. On April 18 Yamamoto would be flying from Rabaul to Balalae Airfield, on an island near Bougainville in the Solomon Islands starting at 06:00 and arriving at 08:00. The flight would consist of two medium bombers (Mitsubishi G4M Bettys of the Kōkūtai 705), escorted by six navy fighters (Mitsubishi A6M Zerofighters of the Kōkūtai 204).

The Japanese considered the flight to be quite safe out of the range of American planes. But the American calculated that their P-38G Lightning's equipped with extra fuel tanks could actually engage. The task was assigned to the 339th Fighter Squadron, 347th Fighter Group on Guadalcanal. 18 planes were assigned to the mission which included two spares. Four planes were the so called "killer" flight and the rest were to escort the first four and protect the from the six Zeros of the Japanese escort.

Start
Next: Inspection flight - The Betty