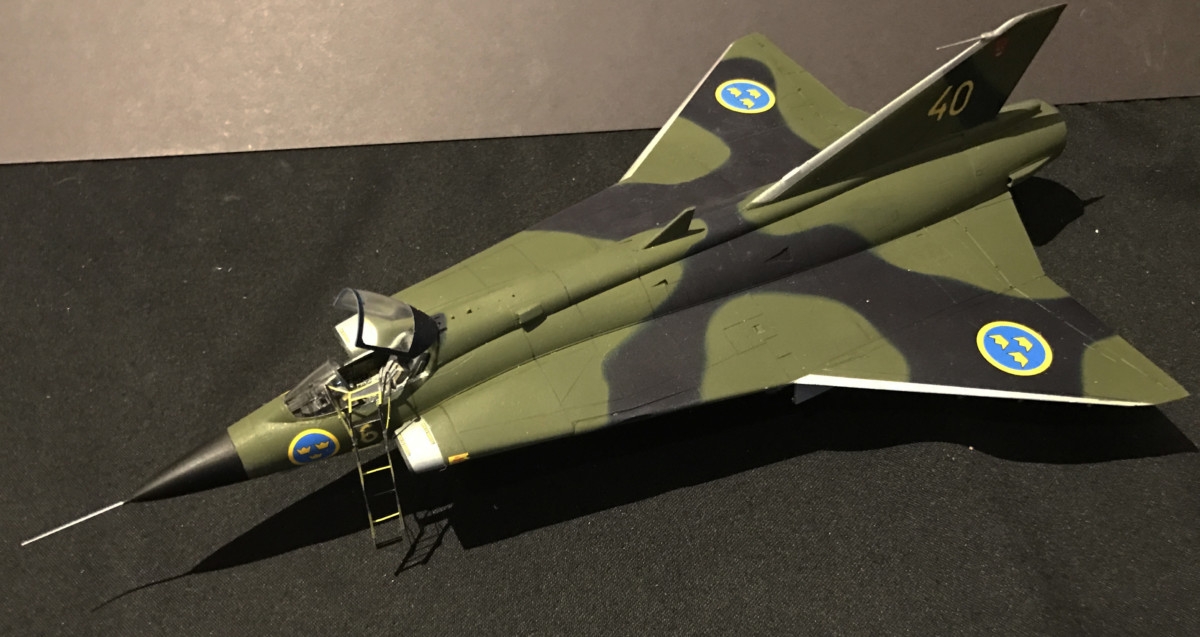 The planes of the Swedish Air Force

This project is a bit different. It's not a specific historical event but rather a collection of kits with the common theme that they all depicts planes in the service of the Swedish Air Force. Being Swedish this is of course a natural subject for me. There will be a page for each aircraft type. The pages will have a short history of the aircraft and it's service in S.A.F. and the picture galleries of the kit/kits I've built. And yes, in some cases, there will be more than one kit per page. The pages are sorted by when the aircraft entered Swedish service.

The Swedish Air Force (Svenska flygvapnet) was formed on July 1, 1926. Until then all aircraft in military use had sorted under the army. During the first ten years it had an wavering existence. But through a big defence decision by the Swedish government in 1936 a more whole heartedly effort was made to build up an air force to meet the threat that WWII made.  The build up continued during and after the war and simultaneously the Swedish SAAB grew as an aircraft constructor. By the 1950's Sweden had the worlds fourth largest air force with some 1.000 planes. They also started a distributed system with flexible bases around Sweden utilizing the Swedish road network. In case of war the air force could easily disperse over mobile bases with simple hangars beside ordinary roads utilizing straights as air strips making it harder to hit the force at it's big air bases.

The air force has since then through technical advances and also savings shrunk. To day the base of the air force consists of the modern SAAB JAS 39 Gripen. All helicopters that earlier still mostly sorted under the army now belongs to the air force.