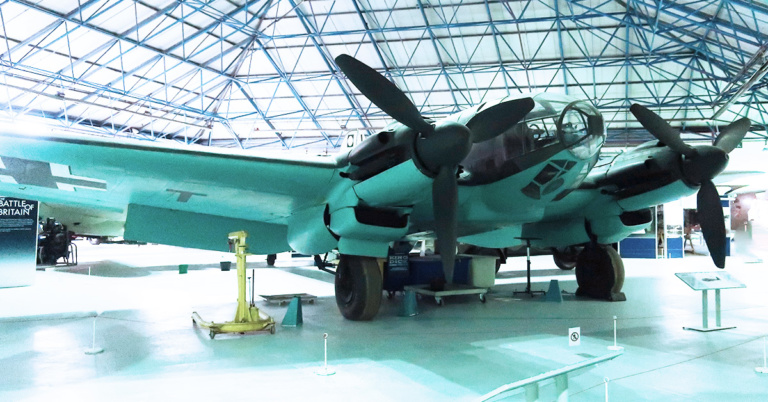 Walk around the Heinkel He111

Famous from the Battle Of Britain the He 110 was the mainstay bomber in the Luftwaffe during WWII. If you want to learn more about the plane I recommend the Wikipedia article.

There are two base kits (with new tooling). Monogram did one in 1994, Heinkel He 111 German Bomber, it has since been re-released by Monogram, Revell, Pro Modeller and Hasegawa with different new parts and decals. In 2017 ICM released a new tooling of the He 111H-3, they have since re-released it three times in different versions with new parts. The later kit from ICM is a well moulded kit with good detailing.