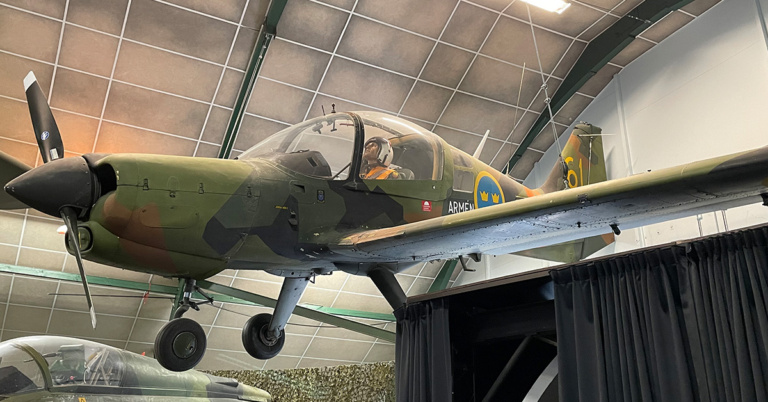 Walk around the Scottish Aviation Bulldog

Developed by Beagle Aircraft it was first flown in 1969 and first order came from the Swedish Air Force for 78 planes. Before delivery the company went bust but was taken over by Scottish Aviation including the order from Sweden. It was also extensively used by the RAF. If you want to learn more about the plane I recommend the Wikipedia article.

The Bulldog has been released in a Swedish and a RAF version by Tarangus. It's a bit challenging but it's the only one there is. You can read my review of the kit here.