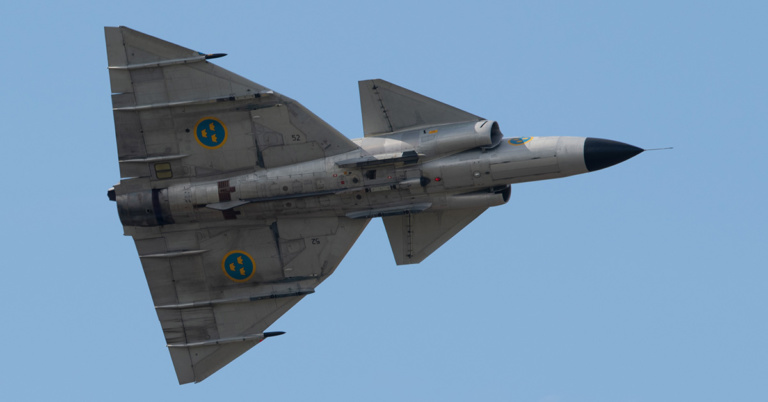 Development of Saab 37 Viggen started as early as 1952, three years before it's predecessor Saab 35 Draken even flew. Serial production started in 1970. The aircraft was constructed to be able do handle temporary airfields on the Swedish road network, therefore it had the small canard wings and a reversible jet engine. The versatile Viggen was used as fighter, attack, reconnaissance and a double seated trainer. It only saw service in the Swedish Air force where it made service until 2005.

There is two main kits of the Saab 37 Viggen one from Special Hobby and one from Tarangus. Special Hobby has released one AJ 37 (attack), one AJS 37 (attack) and announced a SK 37 (double seat trainer). Tarangus has released a JA 37 (fighter) and a SH 37/SF 37 (reconnaissance). This means you can build all versions made.

I have only built the Tarangus JA 37. It was a good kit well worth my time.

Picture gallery of the Saab AJS 37 Viggen displayed at Flygvapenmuseum in Linköping, Sweden

Picture gallery of the Saab JA 37 Viggen stored at Flygvapenmuseum in Linköping, Sweden