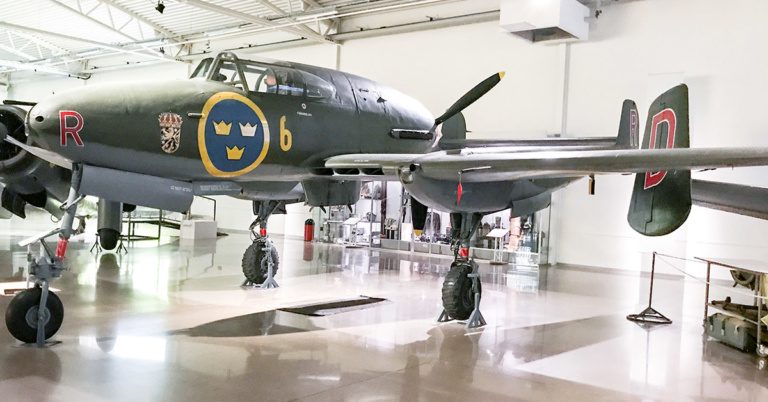 Saab J 21 was an odd fighter developed by Saab in Sweden during WWII. It first flew in 1943 and the first serial production planes were delivered in early 1945. The propeller behind the cockpit forced Saab to develop the first powder propelled ejection seat ever used in a serial produced aircraft (they didn't patent the invention which the English producer Martin Baker did ending in a long legal fight).

After WWII jet engines became available and Saab decided to try and convert the J 21 to jet. It first flew in 1947 and was put into serial production as J 21R. Thus the Saab J 21 became one of the only two propeller aircraft to be converted to jet, the other was the Russian Yak-3 that was converted to the jet propelled Yak-15.

Here are two galleries with pictures of the Saab J 21A (propeller) and the Saab J 21R (jet) both displayed at Flygvapenmuseum, Linköping, Sweden.

There is only one kit and it has mostly sold out sad to say. It was made by Pilot Replicas and it was an excellent kit. (Info here). I've written a review of the kit here. If you find any available on E-bay or such buy it! Special Hobby have both the J 21A and the J 21R in scale 1/72. Heller also sells the J 21A in the same scale.

You'll find a review of the Pilot Replicas kit here.

Picture gallery of the Saab J 21A at Flygvapenmuseum in Linköping, Sweden

Picture gallery of the Saab J 21R at Flygvapenmuseum in Linköping, Sweden